Lady Manners School has a long and successful tradition of involvement in the wider community. Evidence of this can be seen in the awards we receive and affiliations we make in order to provide a broad range of opportunities for our students. Details of some of these can be found by clicking the links below: 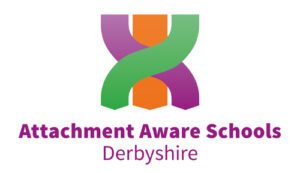 We are one of Derbyshire’s Attachment Aware Schools (AAS).

Attachment Disorder includes a wide range of emotional and behavioural problems that can develop in children who struggle to form the bonds usually expected with their parents or primary caregivers. Attachment Disorder can stem from experience of neglect, abuse or separation from adult carers at a very early age.

ity confident employer, we make the most of the talents which disabled people bring to our workplace. We:

Our membership of the East Midlands Chamber of Commerce enhances our provision of career learning, and gives our students opportunities to develop their employability skills. Our Chamber Schools membership enables links with businesses and potential work experience placements as well as giving us the opportunity to work with other Chamber schools.

We are proud to have achieved the Eco-Schools Green Flag  Award,

This means we have met the following criteria: 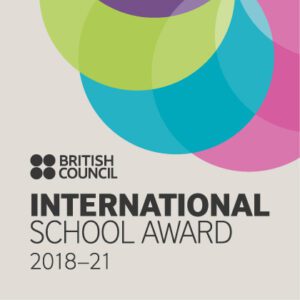 We hold the British Council’s prestigious International School Award 2018-21. The award is given to schools that have shown an outstanding commitment to the international dimension in their schemes of work and extra-curricular activities. This is the fourth time that Lady Manners School has been recognised in this way by the British Council, having previously received this award in 2009-2012, 2012-2015 and 2015-2018.

The school’s work to bring students an understanding of international issues spans all subjects and year groups. Amongst many others, projects have included a study by Year 7 students of the nutritional components of the food that they eat. This was replicated by Njiro Secondary School in Tanzania, establishing a link between the two schools which enabled both sets of students to gain an understanding of the everyday life of a child in a different culture.

There were other projects that worked across the school’s curriculum to highlight an international issue, such as the Rohingya Crisis. Year 9 students studied the acclaimed book ‘The Bone Sparrow’ in English lessons. This deeply moving story about a refugee boy who had spent his entire life in a detention centre provided a theme that was continued in RE lessons as well as in special assemblies.

Partner of Goethe-Institut Network for Schools in the UK

The Goethe-Institut is the Federal Republic of Germany’s cultural institute, which is active worldwide. They promote the study of German abroad and encourage international cultural exchange.

Lady Manners School is a partner of the Goethe-Institut Network for Schools in the UK, which means that we:

We are proud to be a member of the Peak 11 Federation, which brings together the eleven secondary schools in the High Peak and Derbyshire Dales with the aim of improving education for the young people of the area.

We have successfully applied for a partnership grant from the Royal Society, which we are using to further our project: ‘An Investigation into Solar Physics in Different Wavelengths of Light’.

The project has involved over 250 students from Years 7, 8, 12 and 13 observing and imaging the details on the sun that are normally hidden from view.

During the course of the project students have been able to visit the Royal Society in London, where they presented their findings to eminent guests including Fellows of the Royal Society and Patrick McLoughlin, the Secretary of State for Transport and MP for the Derbyshire Dales.

Extension funding has also been secured from the Royal Society, which will enable future Year 7 students to experience this branch of science. It is also making it possible for us to share this project with other schools.

Lady Manners School has been invited to be a Music Mark School. This is in recognition of our excellent music provision.

You can find out more about which cookies we are using or switch them off in settings.

This website uses cookies so that we can provide you with the best user experience possible. Cookie information is stored in your browser and performs functions such as recognising you when you return to our website and helping our team to understand which sections of the website you find most interesting and useful.

Strictly Necessary Cookie should be enabled at all times so that we can save your preferences for cookie settings.

If you disable this cookie, we will not be able to save your preferences. This means that every time you visit this website you will need to enable or disable cookies again.

This website uses Google Analytics to collect anonymous information such as the number of visitors to the site, and the most popular pages.

Please enable Strictly Necessary Cookies first so that we can save your preferences!